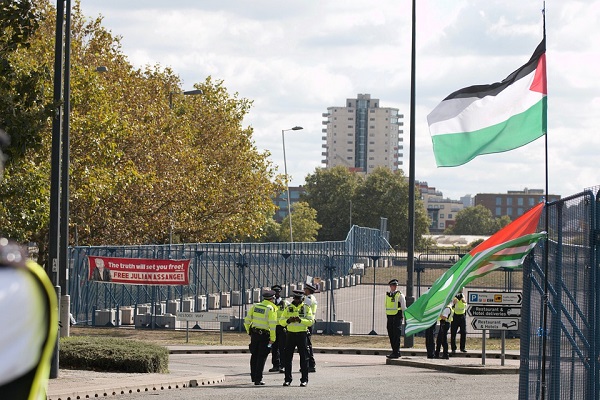 The tug of war over Wikileaks founder Julian Assange is reaching fever pitch as the US states its case to have the Australian extradited from Britain.

Outside London's Woolwich Crown Court, Assange's supporters chant for their hero, while inside a lawyer claims his release of US secrets put the lives of informants in grave peril.

Meantime, Tasmanian lawyer and Assange advocate Greg Barns has told Sky, there's a growing attitude that the Australian Government should step up.

"Andrew Wilkie's trip to the UK has started to galvanise people and getting a lot of people saying, look, what did Julian Assange really do, he revealed the war crimes of the United States, he's an Australian citizen facing an effective death penalty for that fact and so there is now I think some greater urgency in the matter and more people now saying why doesn't the Australian government get involved."

"He is a journalist, a publisher who published information in the public interest including hard evidence of US war crimes, he should be treated as such...especially as more people understand the facts of the matter, it's their opinion that the extradition is unwarranted, it should be dropped and he should be returned to Australia."

Assange spent seven years in the Ecuador embassy in London to avoid extradition to Sweden over sex crime allegations which have since been abandoned.