Footage sought over suspicious Perth blaze - A bushfire in Perth's northern suburbs is being treated as suspicious, with police seeking footage of a car seen in the area.
Vic drink driver nabbed with child in car - A driver has been nabbed four times the blood-alcohol limit with her daughter in the car in Victoria's Gippsland region.
Qld father charged with baby son's murder - A 27-year-old man has appeared in court charged with the murder of his four-month-old son.
Deceased miner named - Tasmania Police has released the name of the deceased mine worker, killed in Thursday morning's underground collapse on the West Coast. Queenstown ...
Jeanswest in strife - A hasty search is underway for a buyer for troubled retailer Jeanswest. The administrator for Jeanswest is indicating it'll temporarily continue op ...
Coronavirus case confirmed in Victoria - A case of the deadly coronavirus has been confirmed in Victoria.Health Minister Jenny Mikakos said on Saturday morning a case of the respiratory condi ...
US Space Force gives nod to Star Trek - The Pentagon's new US Space Force is not Star Trek's Starfleet Command, but their logos bear a striking similarity.
Gold Coast servo attendant avoids robber - A quick-thinking service station attendant has locked herself in an office and called police after being confronted by a robber on the Gold Coast.
China builds hospital to treat coronavirus - China is quickly building a 1,000-bed hospital dedicated to patients infected with a new virus that has killed 26 people, made hundreds ill and prompt ...
Wang sends Williams crashing out of Open - Giant-killing Wang Qiang has turned from conqueror to ally for Ashleigh Barty after sending 23-time grand slam champion Serena Williams crashing out i ... 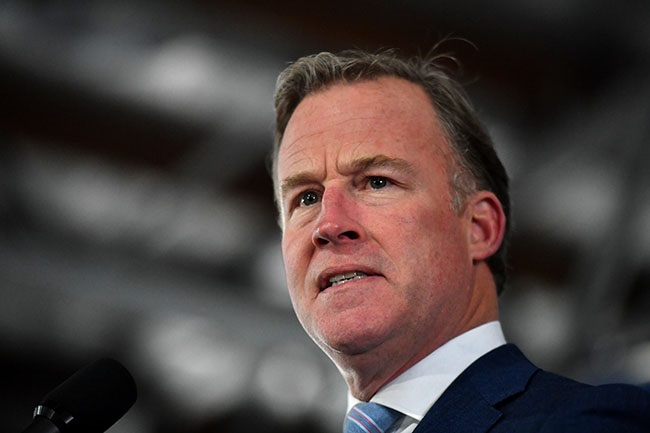 The toll of social media attacks played a part in outgoing Tasmanian Premier Will Hodgman's decision to step away from politics after six years in the top job.

The Liberal leader yesterday announced his shock resignation, citing a desire to spend more time with his wife Nicki and three children Will, James and Lily.

He revealed his family had been "roped into" online political attacks.

"There's no doubt these days with social media, which is pervasive, there can be impacts through what I do, how it's reported," Mr Hodgman said.

"We've always done what we can to ensure our kids are protected and supported."

"I make no complaints and nor do I suggest they have been negatively impacted by all this, but it would be wrong to not say it also does take its toll," he said.

The 50-year-old grew up in a political family with both his father and grandfather serving in state parliament but believes times have changed.