Luca says his PM bulldozing "should have been a penalty" 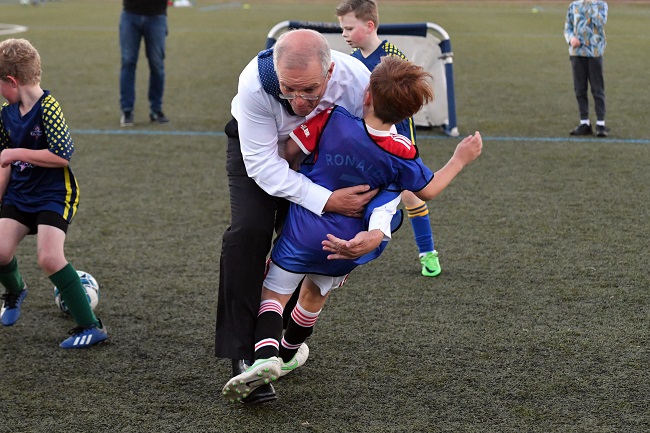 The Devonport under 8s soccer player accidentally crash-tackled by the Prime Minister during his visit to Braddon on Wednesday evening says there are no hard feelings.

Scott Morrison has dusted himself off to tour Tasmania's other Liberal-held marginal seat of Bass on Thursday.

"I could see how he was trying to protect him and keep him from being hurt by his body weight and then Luca got up pretty soon afterwards so I could see was alright," Luca's grandmother told Today.

Luca himself is in good spirits.

"The ball went on a pass to us and then I think Scott Morrison tripped and he was trying not to fall on top of me and he fell underneath me instead."

"It should have been a penalty!" he jokingly declared.

Labor's Anthony Albanese will visit Tasmania tomorrow as part of a tri-state tour in the dying hours of the election campaign.