Labor well placed for majority parliament - Anthony Albanese is edging closer to sealing a majority in parliament as counting continues following the federal election.
Court told of Dawson's poolside attack - Former teacher Chris Dawson attacked his wife beside the pool at their Sydney home and wrestled her in the mud before she disappeared, a court has bee ...
Albanese reinforces Indo-Pacific priority - Prime Minister Anthony Albanese has used his second day in office to signal Australia's ambitions on cutting emissions and reinforce its commitment to ...
NSW considers free flu shots as cases rise - NSW is considering offering free flu vaccines amid a dramatic surge in flu cases while the COVID-19 pandemic continues putting NSW hospitals under sig ...
New ice rink resolve - Efforts are well underway to establish a new ice skating rink now that Tasmania's only facility, a quarter sized arena, closed forever at Hobart's G ...
Huon Highway reopens after serious crash - A motorcyclist is believed to be seriously injured after a crash on the Huon Highway. Police and emergency services were called to the scene near S ...
913 new cases, hospital numbers steady - Tasmania has recorded 913 new cases of coronavirus, according to the latest figures from the Department of Health. It's an increase on yesterday's ...
A driver dies in Sandy Bay crash - A horror crash in Tasmania's south has claimed the life of an elderly woman. The 83-year-old was exiting the St. Canice retirement village in Sandy ...
"Safeguarding officers" to protect students in schools - Following horror revelations of paedophile teachers at recent commission of inquiry hearings in Hobart, the Tasmanian Government is set to fund dedi ...
Labor to make Australia proud: Albanese - Australians will have a government that makes them proud and Labor will immediately begin working to implement its agenda, Prime Minister Anthony Alba ... 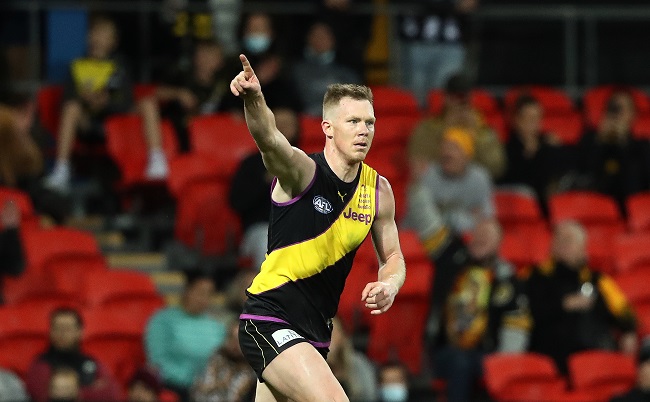 The leaders of three political parties have come together to a last push for an AFL License.

The Premier has been joined by Labor leader Rebecca White and Greens leader Cassy O'Connor for the launch of Believe Tasmanian.

The campaign calls on residents to lend their voices to the cause and become a part of the call for a Tasmanian AFL team.

The hope is that thousands register their support as future members, in a bid to prove to AFL executives and club presidents that the state is ready for a team.

Jeremy Rockliff points to the Taskforce and independent review.

"The decision not only stacks up financially, but will complete the AFL by making it a truly national competition," Mr Rockliff said.

The Opposition's Rebecca White maintains the support behind the JackJumpers shows that we're ready.

"The AFL team bid stacks up financially and there is bipartisan agreement for any deal struck between the AFL and the Tasmanian Government," Ms White said.

"The Greens are determined that, if The State’s license bid is successful, Tasmania’s mens’ and women’s teams will have the same start date in 2027."

To read about Believe Tasmanian in full, or voice your support for a new team, check out the campaign website here.