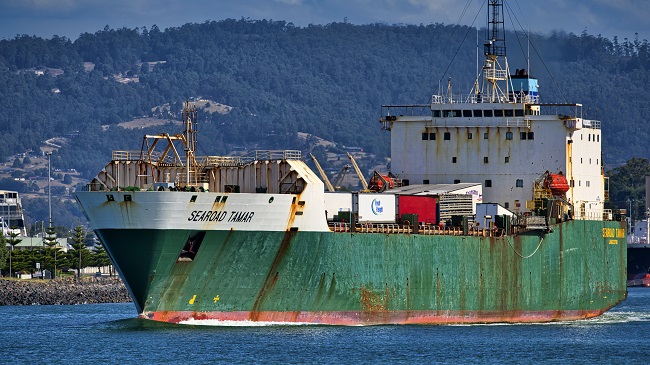 Devonport will say goodbye to the old famous SeaRoad Tamar on Wednesday afternoon after 30 years of freight service across Bass Strait.

The ship will depart the north west city at 5pm for the last time, as Tasmanian shipping and logistics company SeaRoad prepares for the arrival of new charter vessel MV Liekut on Good Friday from Melbourne.

Built in 1991 at Carrington Slipways in Tomago NSW, SeaRoad Tamar is the last roll-on roll-off monohull built in Australia.

It was purpose built for first owner ANL, before being sold to Holyman Shipping, operating as Coastal Express Line.

The vessel underwent several modifications after that, acquired by Patrick Corporation in 1999 and then sold to a group of local investors led by Chas Kelly in 2007.

“SeaRoad Tamar has served Tasmania well and I know her green livery will be missed by the Devonport community, however her departure also heralds an exciting new phase for SeaRoad," the Executive Chairman said.

“From when the vessel began operating in 1991 through to its operations at the Port of Devonport today, it has played a key role in supporting trade for the benefit of Tasmania,” TasPorts Chief Executive Officer Anthony Donald said.

“Today we say a fond farewell to a vessel that has proudly served the Tasmanian community for three decades. As we celebrate this legacy, we also look to the future and the imminent arrival of the MV Liekut."

Devonport Councillor Lyn Laycok says the ship will hold a special place in the memory of many locals.

"I always try to go down to have a look and think about the work that ships like that have done for our port, our town, our economy and how good it's been to have it. It'll go down in history as one of the great vessels for the crossing," she said.