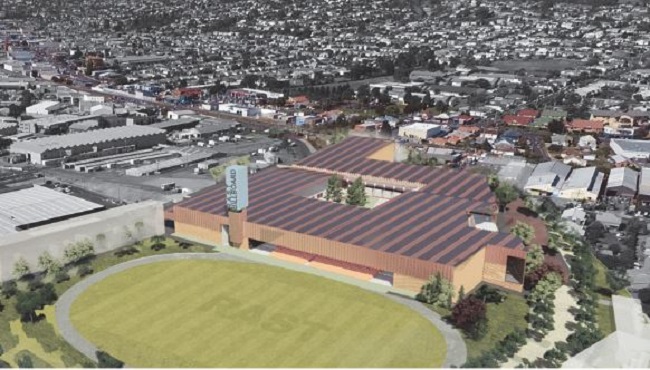 A development application for a $235 million revamp of the Hobart showgrounds will be lodged with Glenorchy City Council within months, according to the Royal Agricultural Society of Tasmania.

CEO Scott Gadd says construction - including housing for around 1,000 people - is due to begin AFTER this year's show, but they're hunting a new home for the event for 2022-2023.

He's welcomed the Liberal announcement of around $42 million for the development, following on from Labor's covid recovery commitment.

“It is virtually a new and modern suburb within the northern suburbs. The $235 million project will include completely new Showground facilities, a mix of accommodation, an emergency centre for people and animals in times of natural disaster, and even a new visitor centre showcasing Tasmanian agriculture, food and wine."

“Our not-for-profit Society could not have funded this project by itself. So we’re greatly appreciative that the State government has recognised the project’s merits and decided to partner us.”

Also planned are amenities such as a child care facilities, shops and cafes. Continuing the Showground’s traditional community role, there will also be space for a variety of community-based clubs and organisations.

Modelling undertaken on behalf of the Society shows the project will return $1 billion to the Tasmanian economy over 10 years. It would create up to 200 long term construction jobs and 50 FTE jobs on an ongoing basis.