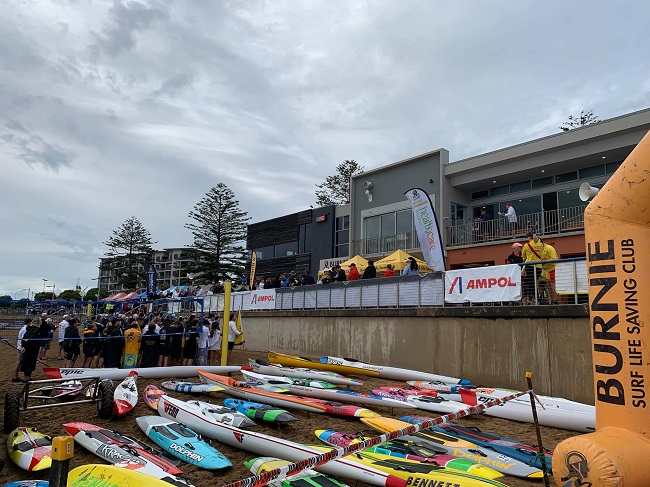 Over 200 competitors took part in dozens of activities including beach sprints, swimming, and board races - as well as the ever popular Ironman and Ironwoman.

It's the first time the event has been held in nearly two years, after the 2020 titles were cancelled due to the onset of coronavirus.

On the women's side, Burnie's Phoebe Woodhouse claimed the Binni Wilson Shield for Oustanding Competitor, while Cooper Armitstead from Port Sorell and Connor vanderPloeg from Burnie shared then men's award.

The best of the best will now head to the national championships in Queensland.

Don Marsh from Surf Sports Tasmania says there was great spirit on show.

"I saw at the end of the Ironwoman race Phoebe Woodhouse, who ended up only having a narrow win over Kate Reardon from Clifton Beach, the two of them were heading out to have a bit of a swim down after that event going head to head. So that was just a lovely moment for me," he said.