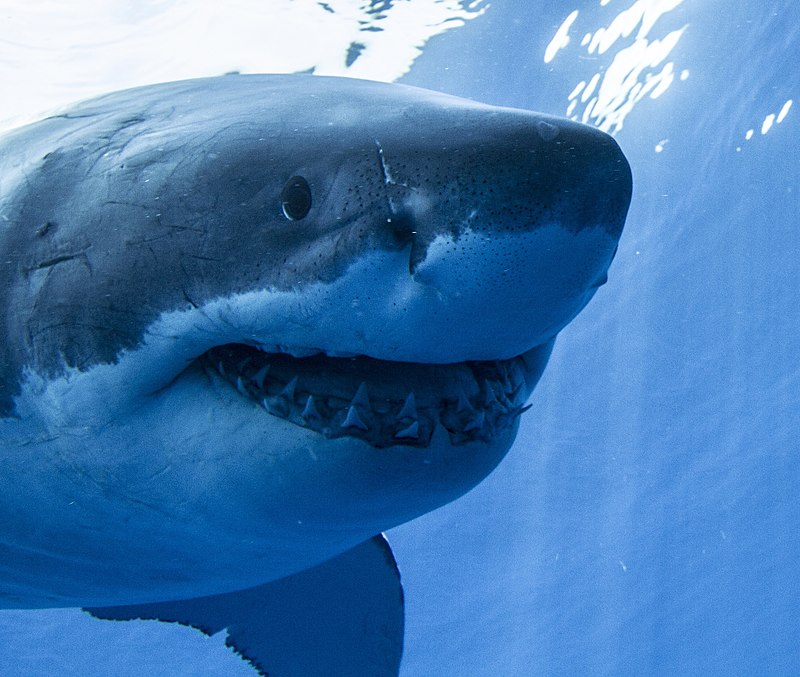 A large shark has been spotted on the state's east coast.

Police say the five metre shark was sighted around 250 metres off shore in Okehampton Bay near Triabunna earlier on Thursday.

Those in the area are reminded to be vigilant.

In July a 10-year-old Tasmanian boy was pulled from a boat by what scientists believe to be a great white shark in the state's north.

About a week after, fishermen in the same area came face-to-face with a great white shark as it rammed their boat.

Scientists believe it was drawn to the area due to the seal population and was in feeding mode.